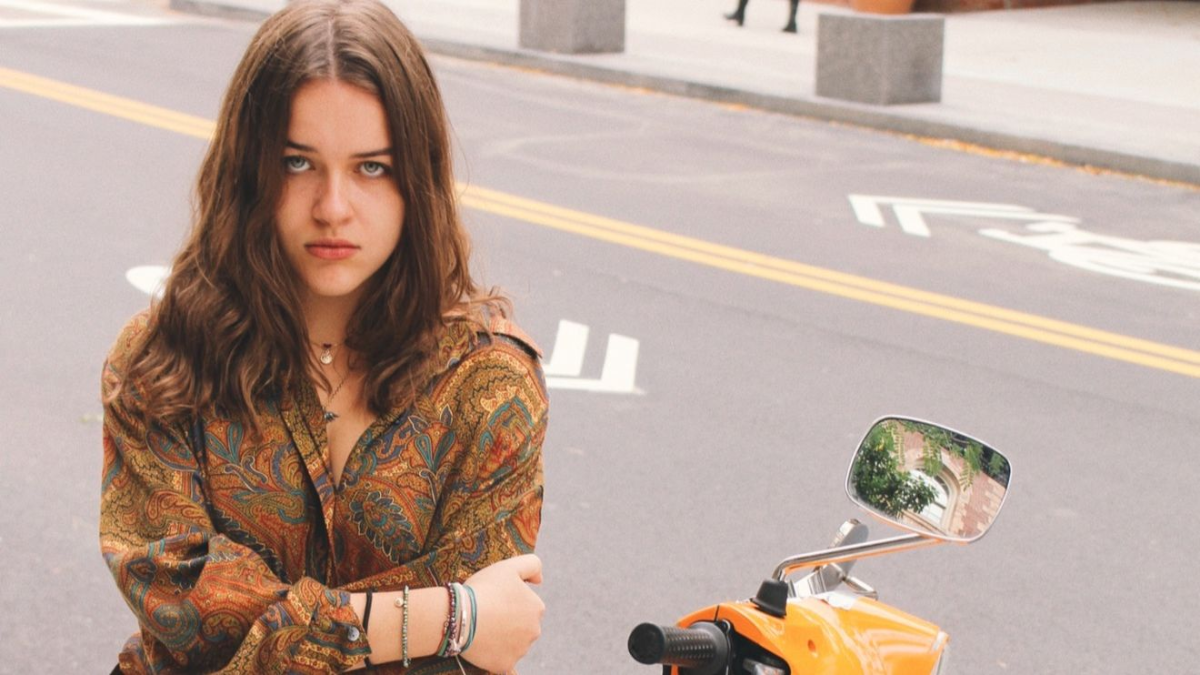 Additional Info
Caroline Meade - Caroline Meade is a versatile pop rock artist from New York.  Since starting in the DIY scene at 15 years old whilst attending LaGuardia High School of performing arts, Caroline has studied at the New England Conservatory of music for experimental music & is currently at the NYU Clive Davis institute of recorded music. While Caroline works on her next record, she plans to not only play shows & grow her audience, but intends to give people a stage experience an audience feels in their bones. With a set that ranges from singer songwriter to punk rock, you can’t take your eyes off of this set.

Caroline Elise - Caroline Elise is a folk pop artist who loves dolly parton, cats, and being nice to people. She makes music for everyone, but especially for queer people who laugh a little too loud. Her upcoming ep, ‘surgery,’ is full of dreamy love stories - she reached into her heart and came up with these songs for you, and she hopes you love them.

Michael Whitty - Michael Whitty is a 22-year-old indie-pop singer-songwriter currently based in Brooklyn, New York. Coming from a Musical Theatre background studying at Marymount Manhattan College, Michael has found a passion not only for writing and creating music but also for performing. Towards the end of his college career, he found himself releasing his debut album, 00:01, which features ten songs and four spoken word/artistic interludes. The album follows the feelings of love, heartbreak, and identifying with the LGBTQ+ community. His current repertoire released on all streaming platforms identifies itself in the indie-pop category. However, Michael is often influenced and inspired by indie-folk music as well. His most recent single, "Ruined," is an honest story behind his feelings towards his past flings, romances, and relationships. With plenty of unreleased music under his belt, Michael is excited to publish his next possible EP or album in the future with hopes of an added indie-folk flair.

Sautereau - Storytelling is the key to sautereau's authentic, raw sound. Born and raised in Geneva, Switzerland, she picked up her first guitar at the age of 8 and quickly started writing songs. She began her career under the name Cee, collaborating with Kitchen Studio's Yvan Bing to record her first few songs at just 15. In 2019, she released her debut EP "As I Keep on Dreaming". This project about human relationships and the small perplexities of life saw two of its four tracks playlisted on main Swiss radios.
Now based in New York, the singer-songwriter decides to go by her last name, "sautereau" to create a world truer to herself. Writing intimate songs about her experiences, for her new music she is diving into a more modern take on production, influenced by artists such as Finneas, Julia Michaels and Jessie Reyez.
Artists
Caroline Meade

BAND BOOKINGS
We have partnered with GigFinesse to streamline the booking process. If you are interested in performing, please sign up here!

This website uses cookies to improve your experience while you navigate through the website. Out of these, the cookies that are categorized as necessary are stored on your browser as they are essential for the working of basic functionalities of the website. We also use third-party cookies that help us analyze and understand how you use this website. These cookies will be stored in your browser only with your consent. You also have the option to opt-out of these cookies. But opting out of some of these cookies may affect your browsing experience.
Necessary Always Enabled
Necessary cookies are absolutely essential for the website to function properly. This category only includes cookies that ensures basic functionalities and security features of the website. These cookies do not store any personal information.
Non-necessary
Any cookies that may not be particularly necessary for the website to function and is used specifically to collect user personal data via analytics, ads, other embedded contents are termed as non-necessary cookies. It is mandatory to procure user consent prior to running these cookies on your website.
SAVE & ACCEPT