with Leftover Pancakes, Case Watson
East Berlin
Ages 21 and Up
$17.00 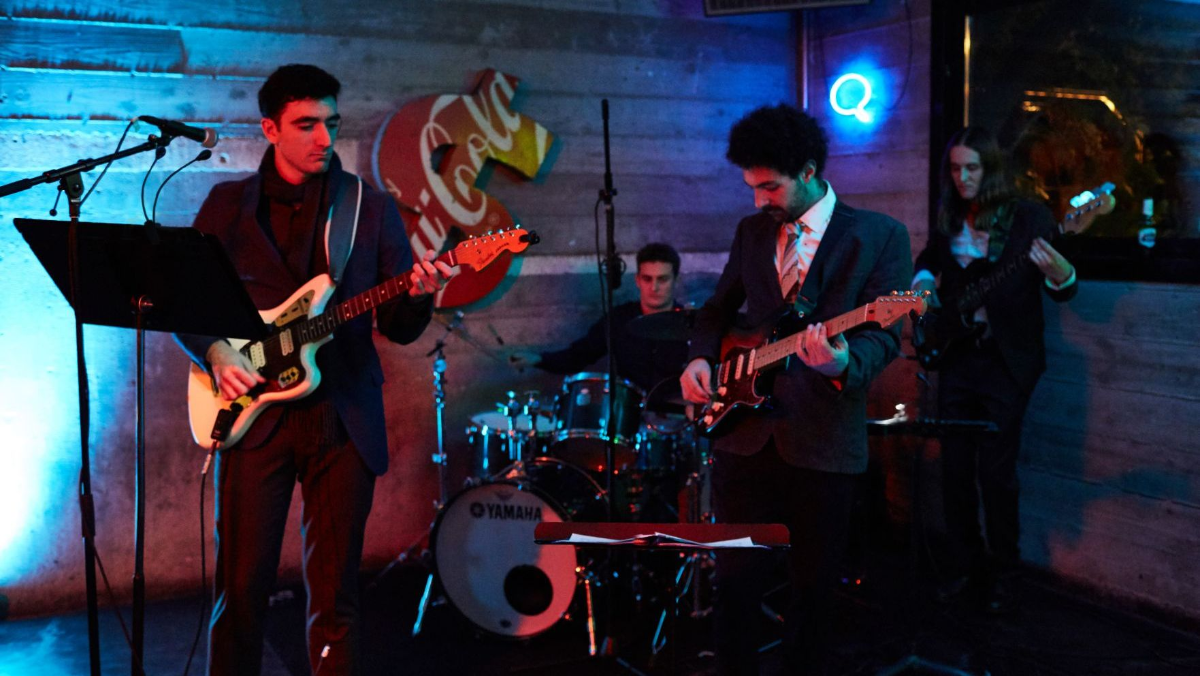 Additional Info
In accordance with the NYC Vaccine Mandate (Key to NYC), we will be requiring all guests and performers to be fully vaccinated (two weeks post final dose) against COVID-19. Additionally, we ask that all guests wear a mask throughout their time indoors at our venue when not actively drinking until further notice.

Nouhi's Nomad
New York City-based Iranian-American singer, songwriter and multi-instrumentalist, Nouhi’s Nomad has been on a musical journey since the age of three, when he picked up the violin. At age eight, he switched to piano, while studying Persian percussion, before discovering his true calling: singing. At twelve, he began studying classical voice, also picking up guitar and bass in college. With the release of his self-titled debut album, Nouhi’s Nomad has invited fans of indie rock along for the multi-cultural, nostalgia-fueled trip of their lives.

Leftover Pancakes feat. Twombly
Twombly is revolutionizing the sound of hip-hop to create a blend of sporadic lyricism and smooth rhythms. The influences of Gil Scott-Heron, Kendrick Lamar, and Flatbush Zombies can be heard in his work.

Case Watson
Case Watson is a Southern vocalist, songwriter, and producer originally from Birmingham, AL. With a trademark spooky sensuality and cinematic arrangements, her music bends the genres of rock, folk, and indie pop, with an aim to comfort the disturbed during these very hairy times. She has released 1 album, 5 singles, and a music video, with a new single and music video set to release in early 2022. Case lives with her bell pepper plants and her cat, Winston, in NYC. Find her on Instagram, TikTok, and Patreon!

BAND BOOKINGS
We have partnered with GigFinesse to streamline the booking process. If you are interested in performing, please sign up here! For all booked show related questions, pleasse contact: HCW@gigfinesse.com

This website uses cookies to improve your experience while you navigate through the website. Out of these, the cookies that are categorized as necessary are stored on your browser as they are essential for the working of basic functionalities of the website. We also use third-party cookies that help us analyze and understand how you use this website. These cookies will be stored in your browser only with your consent. You also have the option to opt-out of these cookies. But opting out of some of these cookies may affect your browsing experience.
Necessary Always Enabled
Necessary cookies are absolutely essential for the website to function properly. This category only includes cookies that ensures basic functionalities and security features of the website. These cookies do not store any personal information.
Non-necessary
Any cookies that may not be particularly necessary for the website to function and is used specifically to collect user personal data via analytics, ads, other embedded contents are termed as non-necessary cookies. It is mandatory to procure user consent prior to running these cookies on your website.
SAVE & ACCEPT